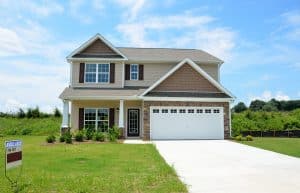 Everybody loves trivia. After all, that’s why television shows like Jeopardy! exist. The best thing about trivia is that there are topics related to every industry — including moving and storage.

Did you know that 35.5 million Americans move each year? And that Illinois Is the No. 1 state that people move away from? Let’s take a look at these and eight other interesting statistics related to moving and storage. They may just blow your mind!

Approximately one in every nine people living in the United States will move at some point each year. That’s a lot of moves! Many of these moves are do-it-yourself moves, but most are done with professional or rented moving equipment and transportation, as well as portable storage containers.

2. More than 600,000 of these moves feature professional movers.

While 1.4 million people just move their belongings and their cars, 1 million people rent a truck themselves and move. The rest use professional movers.

3. Renters move four times as much as owners.

4. You can fit 51 rocking chairs in a single portable storage container.

More and more people these days are using portable storage containers like a SAM (Store & Move). These spacious containers have lots of room and can hold 51 rocking chairs, 62 small desks, 310 ironing boards or a combination of items. Click the link below to see the possibilities!

5. Leaving for college is the 11th-most popular reason for moving.

Other reasons that people move include finding cheaper housing, to own instead of rent, because of a change in marital status or for other unspecified reasons.

6. Two out of every three moves remain in the same county.

That’s right, 62% of moves (in 2017 at least) featured people who stayed in the same county of residence. A big reason for this is likely because of renters changing apartments.

7. Four percent of all moves were from abroad.

The large majority of moves in the United State are from people who already lived here — 96%, in fact. The rest feature people moving from outside the country.

8. Illinois is the No. 1 state that people are moving away from.

People are leaving “The Prairie State” more frequently than any other, though Alaska, New Jersey, New York, West Virginia, North Dakota, Connecticut, Kansas, Pennsylvania and Maryland round out the rest of the Top 10.

9. Idaho is the No. 1 state that people are moving to.

People are heading toward “The Gem State” more frequently than any other. Nevada, Arizona, Oregon, Montana, South Dakota, North Carolina, Vermont, Florida and Colorado round out the rest of the Top 10.

10. The Dallas-Fort Worth service area for SAM is approximately 80 miles in diameter.

From Denton to Waxahachie and from White Settlement to Mesquite, if you live in the Dallas-Fort Worth Metroplex, chances are good you’re in the SAM service area. That’s a lot of miles!

What else will blow your mind? The amazing service you’ll enjoy from SAM Store and Move. Give us a call today at 972-438-2726 for a free quote!

I need my container for